Warning: "continue" targeting switch is equivalent to "break". Did you mean to use "continue 2"? in /var/www/holstebrofestuge.dk/2017/wp-content/plugins/essential-grid/includes/item-skin.class.php on line 1145

In tales and fairy tales the woods are often portrayed as dangerous places but also alluring places. In the woods we are threatened by wild animals or by the unpredictable witch, but we also encounter talking birds, dancing elf girls or gnomes who talk to the animals. Research has shown that the trees are living creatures and we, busy modern people, calm down when moving among the small and large tree trunks under the canopy. During the Festuge, forester Kent Byrialsen and storyteller Ingrid Hvass invites children and adults to In the woods to experience the woods in a new way through a programme that mixes nature facts with cultural experiences.

In In the Woods! adults and children meet round a campfire, listen to the stillness of the woods, sing along to new songs, experience theatre and listen to stories. Spend an hour or two, maybe the whole night, and experience peace and inspiration in this magical world of trees, animals and the people of the woods. For the majority of the events In the Woods! there will be campfire-coffee and blueberry drink by the fire. In the Woods! is not an ordinary trip to the woods, but rather an attempt to create a ritual through which we modern people can re-create our relationship with nature.

Participants: OMMA Studio Theater from Crete, Vestjyllands Fortællere, Iben Nagel Rasmussen from Odin Teatret, Tiaheswery Thiaharaja from Holstebro, “De Sorte Perler” (The Black Pearls) – Friester horses from Denmark, Kostas Makakis from Crete, Forester Kent Byrialsen from the village of Idom, and Storyteller Ingrid Hvass from the village of Ejsing, with visits by the international artists from the Festuge. 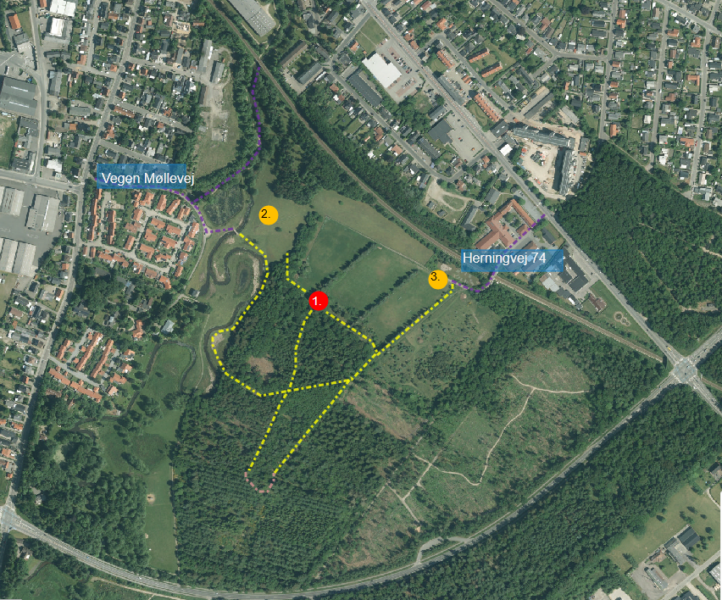 In collaboration with Holstebro Centre for the Socially Deprived. Project Managers: Kent Byrialsen and Ingrid Hvass

Sponsors: sponsored by Holstebro Kommune and Holstebro Centre for the Socially Deprived.

How to reach In the Woods: Herningvej 74, 7500 Holstebro (behind the Skovvang institution, across the railway bridge). See the detailed map. Parking assistants and pathfinders will be present at the “SKOVENS PORT” (“THE GATE OF THE WOODS” – the entrance to the woods) prior to each event. Alternatively: Vegen Møllevej, 7500 Holstebro (across the meadow – follow the markings).

The European Commission’s support for this project does not constitute an endorsement of the contents which reflects the views only of the project creators, and the Commission cannot be held responsible for any use which may be made of the information contained therein.