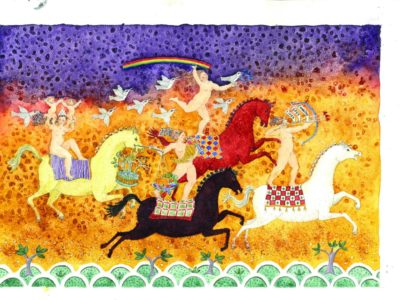 The paintings making up ColourRide are part of a larger series, where the artist Dorthe Kærgaard experiments with people and horse figures. In Dorthe Kærgaard’s paintings, humanity plays the main role. She attempts to portray our search through life with all its dilemmas and choices. The ideas derive from experiences, poetry, literature, the course of the world and by antique myths reflecting life today. Everyone will be able to see what the paintings represent. The motives contain many possibilities for interpretation. Dorthe Kærgaard paints recognisable figures and objects, but the viewer will in many cases probably wonder what is going on in the motif. Facing a work of art that wakes one’s wonder and curiosity is important to Dorthe Kærgard. The questions are often more fruitful and meaningful than the answers.

“Dorthe Kærgaard’s paintings are a reference to the inhumane. In style and choice of colour, a manifestation of geometry and harmony, but with motifs as almost chaotic balances, surreal combinations making the paintings stand still, offering a timeless experience and reflection.
The paintings are so saturated with impressions and plans that you feel the moment intensely, as if the moment is both now and always. They become myths. “(Torben Tangsig, 2010)

Parades of people and centaurs, animals and bicycles, children and pensioners, musicians and actors, drones and stilt characters will come galloping, dancing, rolling and tripping from different parts of the town and all meet at the Church Square to present themselves to Holstebro. All these sounds and images fill the streets with an unfamiliar and poetic wildness in preparation for the nine Festuge days. 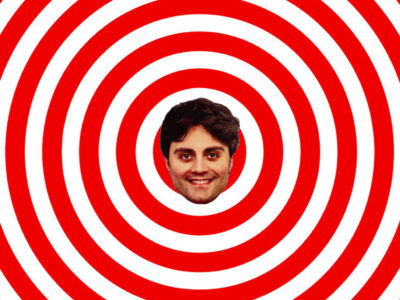 Finally the time has come to throw tomatoes at Jeppe, the “Mayor Candidate” of the Art Party, if he cannot speak in Danish!

With political party candidates, scouts, young people from the schools of Holstebro
Opening of Holstebro Festival at Kirkepladsen. 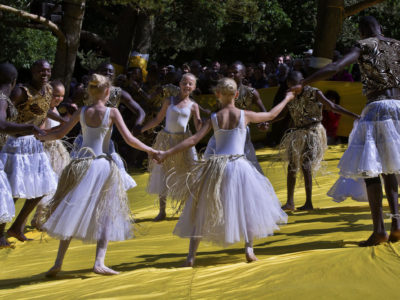 Opening performance with hundreds of participants from Holstebro Festuge: local and international artists, institutions, associations and ensembles. Directed by Eugenio Barba in collaboration with Teatro Potlach and Rina Skeel. 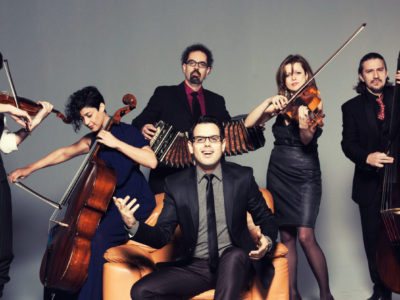 16.00 – 17.30  Tango music workshop and lecture about the tango music. It is not required to bring a dance partner. Teachers: The tango orchestra Spleen from Italy. 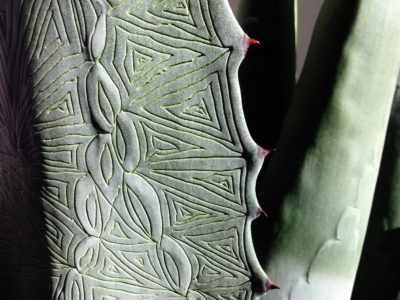 HFKD has taken a different twist on the theme of the week – ”The Wild West”- and composed a group exhibition with some of the most current contemporary Danish artists, all of whom use “The wild” as part of their works. The artists all have a common interest for nature and spirituality. The exhibition is composed of works of art with a general common theme about venturing into the unknown, the wild and the foreign, expressing the incomprehensible nature and the spirituality connected to it. The unknown is what is not yet discovered – what is foreign – and often associated with a particular notion or expectation. An exciting and thought-provoking exhibition by contemporary artists at a high professional level.

The opening ceremony, which takes place on Saturday 10th June from 15:00 to 19:00, includes performances and events especially created for this occasion, refreshments and a unique opportunity to meet several of the artists.

Opening hours: Friday 12-16, Saturday – Sunday 11-17
The exhibition is open from 10th June – 30th July
The exhibition is curated by Anna Bak, made in collaboration with Danish Talent Academy and supported by the Danish Arts Foundation, Færchfonden and Holstebro Municipality.

House of Art and Design is an education and exhibition house, primarily for contemporary art. It is the meeting point between a professional, creative arts environment and young students from Danish Talent Academy. The House prioritises communication and dialogue with citizens and the environment. 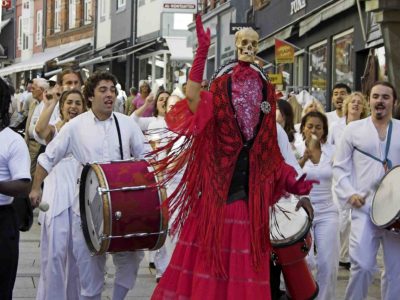 Afternoon tea surprises: a horse, other theatre figures and Eastern European melodies will appear during Mellemtoften’s afternoon tea and provide a rather unusual sight. 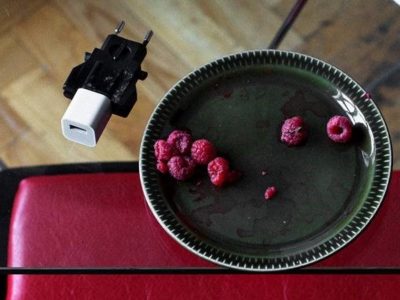 THE CONCERT HAS BEEN MOVED TO NØRREGADE 14.

Home# is an electronic music project where composer Niels Bjerg creates a piece for each four different homes, two in Copenhagen and two in West Jutland. On account of sudden circumstances the concert of the third home in the project, Holstebro Asylcenter has had to move in exile to the former bank franchise at Nørregade 14. Three residents from the center will act as hosts for the event. Niels Bjerg has recorded every day sounds in collaboration with the residents and the music is based on tonal and rhythmical material found in these recordings which will be electronically processed as sound material for the music.

Two virtuoso players meet in this performance: the musicians of Ensemble MidtVest and the outstanding French Centaurs.

The spectators are invited into the bedroom of the Centaurs to see, as if in a dream, the two Centaurs circle around each other, gently dancing on Persian rugs, while the musicians create magic soundscapes around them. This artistic meeting is unique, and the performance will be presented only once. 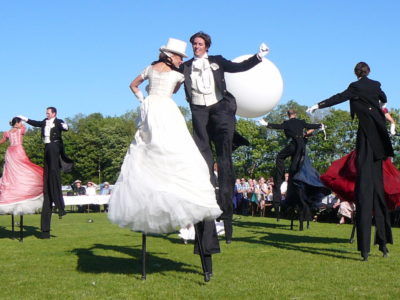 The performance Festjyllandia is performed in the gigantic Circus Maximus built by 65.000 kilos of hay in Nr. Felding. In the performance you will find the world famous Italian theatre group Teatro Tascabile 23 musicians, a telescopic loader, folk dancers, a senior citizen theatre group, a tractor, Icelandic horses and a long line of local talents. Together they tell the story about how Vestjylland (the West of Jutland) turned into Festjylland (the “festive Jutland”) accompanied by Vestjysk Koncert Band which premieres composer Frans Winther’s new orchestral work Festjyllandia. 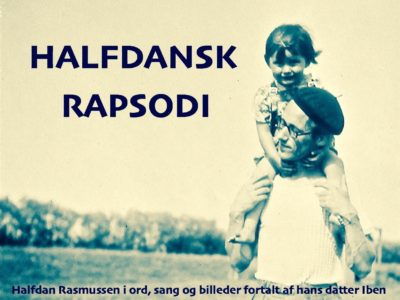 Iben Nagel Rasmussen, actress at Odin Teatret, talks about her father, Halfdan Rasmussen; a wild story about the skinny working class boy, who became all Danes’ Halfdan. With poetry reading, songs, photos and film fragments, Iben Nagel Rasmussen will create a collage depicting the more unknown side of Halfdan: his childhood, being one of many children, living with his family in a two-bedroom apartment in Christianshavn, the early youth with unemployment, political engagement of the 30s, a stay in a “højskole”, a travel on bicycle to Spain, at a time when the Civil War was raging, his encounter with other young aspiring poets at the Young Artists’ Club during the German occupation, and onward to the road of recognition and fame.

HALFDANSK RAPSODI is not a children’s performance, but rather a journey into the sometimes bleak background from which Halfdan’s grown-up poems grew out of, richly peppered with peculiar, fun, off centre and characteristic rhymes, which came to be his signature as a poet.

20.00 – 20.45 The Freak Parade
The Freak Parade of Shady Town starts at 20:00 at Store Torv, gathering the creatures of Holstebro from the dark alleys and leading them to the Opening Performance at the Slaughterhouse. Join the lively parade of dancing pigs, colourful costumed characters, acrobats, wild drummers and musicians.

22.30 – 01.00 Late Night Festuge Cabaret
At the Late Night Cabaret all Festuge audience and artists get together in a comfortable and lively atmosphere to talk, meet each other and have drinks. Anything might happen here; a spontaneous choir, jazz singers, acrobats flying through the air, dance to live music or simply good vibes with old and new friends. The Late Night Cabaret is open every evening, featuring different invited artists every night. Local and international Festuge artists will make more or less spontaneous appearances on the stage.

More information:
SLASH facebookpage
or contact us at shadytown2017@gmail.com

A walk into the mysterious landscape of villa gardens that we usually see only in glimpses over the hedge. The gardens come alive with visions and sounds, photographs and real or unreal figures. 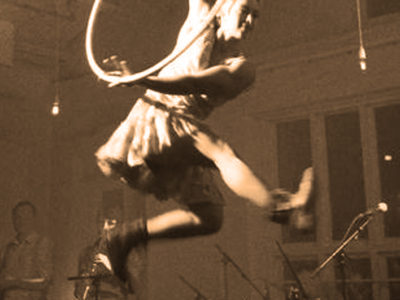 At the Late Night Cabaret all Festuge audience and artists end the night in a comfortable and lively atmosphere to talk, meet each other and enjoy spontaneous performances by Holstebro and international Festuge artists. Anything might happen here; a spontaneous choir singing exotic drinking songs, a jazz singer whispering in your ear, acrobats flying through the air, dancing to live music or simply experiencing good vibes with old and new friends. The Late Night Cabaret is open every evening at the Slaughterhouse and features different artists every night.

The European Commission’s support for this project does not constitute an endorsement of the contents which reflects the views only of the project creators, and the Commission cannot be held responsible for any use which may be made of the information contained therein.